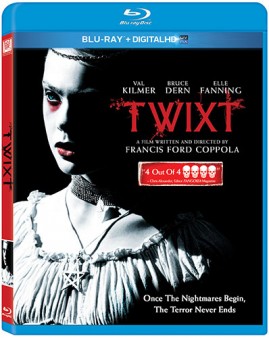 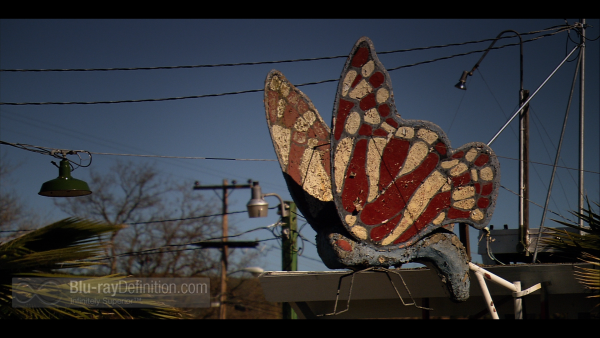 It’s almost shocking, but not wholly surprising, when the latest film from writer/director Francis Ford Coppola – the man who gave us undeniable classics like Apocalypse Now, The Conversation, The Godfather trilogy, and even the minor 80s classics like Rumblefish and Peggy Sue Got Married – doesn’t warrant a theatrical release in the United States. Making a second journey into the world of vampire horror (the first being 1992’s Dracula), Coppola gives us Twixt, a film birthed from a dream that the director had. Given the nearly incomprehensible way in which the narrative unfolds in Twixt, I have no difficulty believing its provenance whatsoever.

Val Kilmer (The Doors) stars as a struggling writer with money problems, Hal Baltimore, who stops off in a small town on his book signing tour only to get caught up in a local murder mystery involving the slaughter of a group of young children. The local sheriff (Bruce Dern; TV’s Big Love; Silent Running) convinces Hal to write a book about strange murders taking place in the town that appear to be related to a group of teens he thinks are evil that camp across the river. Hal begins having strange dreams about a girl named “V” (Elle Fanning; Super 8), and Edgar Allen Poe (Ben Chaplin), who once stayed in the very same motel where the children were slaughtered. Through his dreams, a story unfolds about the killings, the history of V, and the teenagers across the lake.

Coppola can’t seem to decide if he wants to create a parody of the many vampire films that have become so prevalent in our popular culture today, a supernatural mystery, or a straightforward Gothic horror film. The thread that binds this film together is so bare that one can hardly follow along. Kilmer is comical while the dream sequences are nonsensical, to say the least. They seem to be meant to invoke some sense of reality and the supernatural crossing paths, but it just becomes a confused mess.

It isn’t all bad, however. Visually, Twixt is mesmerizing, as Coppola pulls out all the tricks from his filmmaker’s bag, evoking the best of Rumblefish, Dracula, and even The Conversation in some of the split-screen sequences. It’s appropriately atmospheric, dreamy, and beautiful. Therein lies the rub, however. There is so much focus placed on the visual elements of Twixt, that the story (and acting) have fallen by the wayside. Even the brilliant young Elle Fanning is tragically misused. When she does appear, she comes across like a caricature of a Gothic horror figure, never truly scary at all. 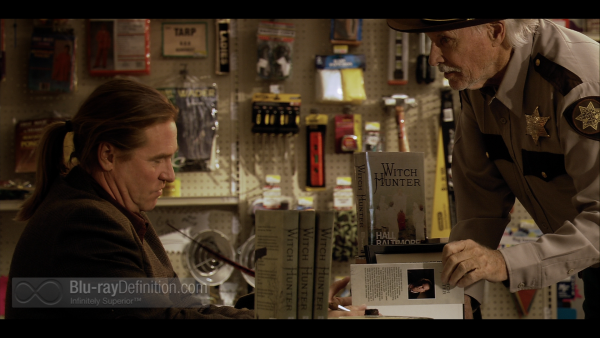 Twixt is a beautiful looking film and this transfer of it from Fox is equally beautiful. The nuanced shadow details in the black and white sequences are mesmerizing, the limited primary colors that often pepper these same scenes pop wonderfully. Other full color scenes are richly saturated, nicely textured, and full of detail. Overall, the picture is clean and pretty much a reference straight through. 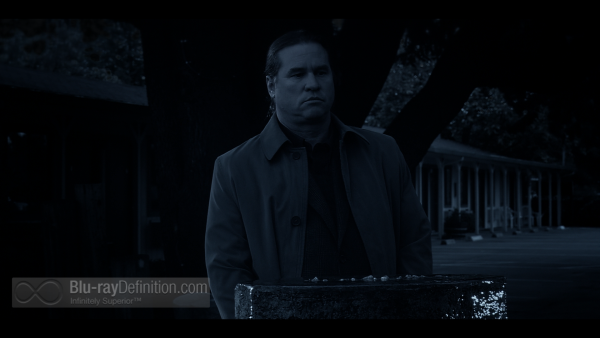 If only the same amount of attention had been poured into this English DTS-HD Master Audio 5.1 (48kHz/24-bit) soundtrack as was put into the image. While there are no fatal flaws to speak of, per se, the soundtrack is nowhere near as atmospheric and engulfing as one would expect for a film like this. The surround channels are rather quiet most of the time, but they do come alive at times, especially when the bell tower tolls, or during certain more active scenes. This leads to a feeling of gimmicky mixing, rather than one of good balance. The panning across the front, however, is very aggressive, following the action around the screen, and dialogue is clear and natural. 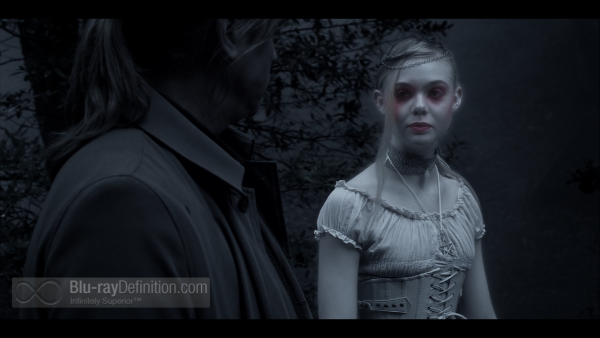 We get this short, just under forty-minute behind-the-scenes making of that offers up some on set footage and interviews with Coppola. 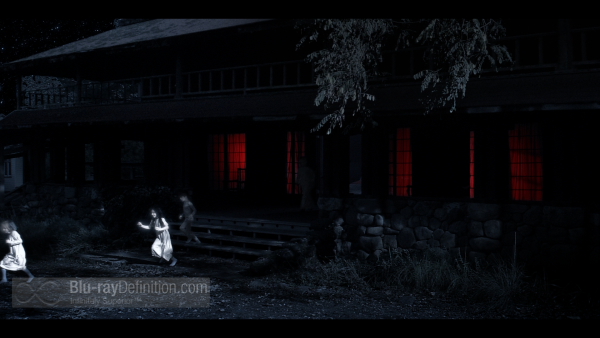 It’s a sad day when a great filmmaker like Coppola releases such a bad film like Twixt. Perhaps he should avoid the horror genre or avoid trying to turn his dreams into intelligible stories. Either way, Twixt may make sense to Coppola, but for filmgoers, the only thing scary about it is having to sit through the entire film. Pass. 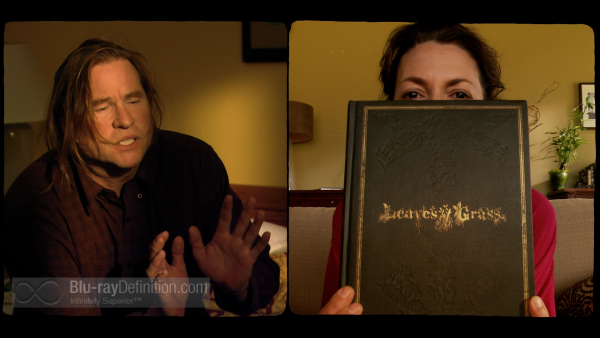 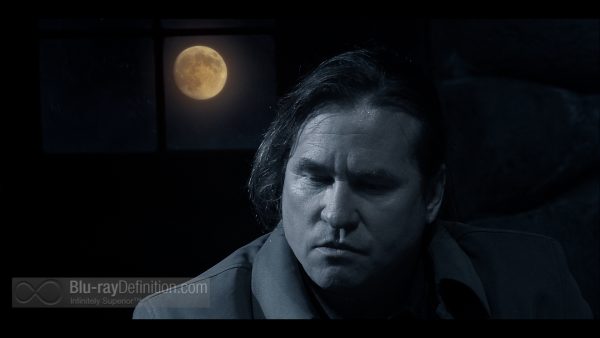 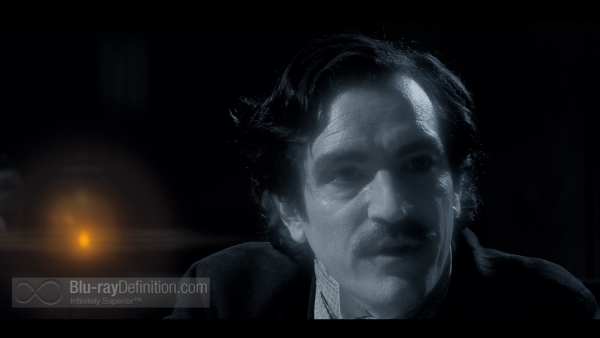 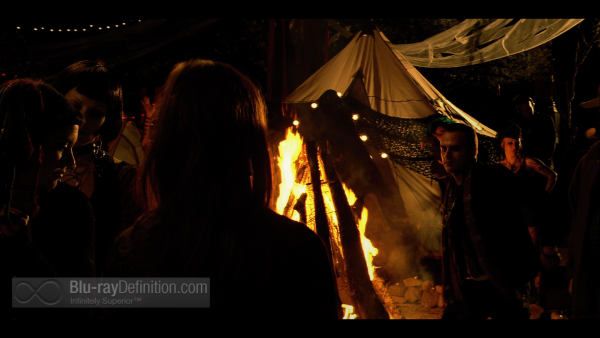 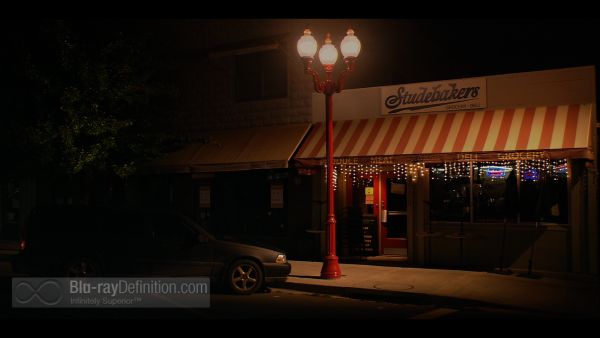 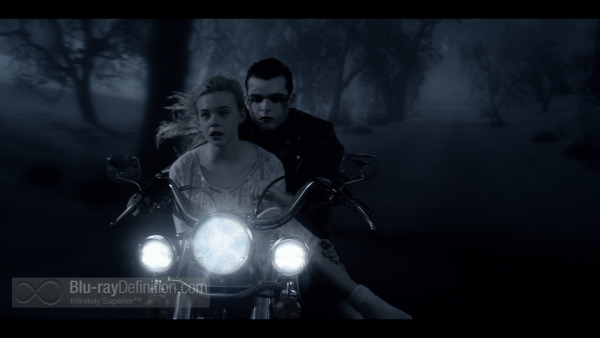 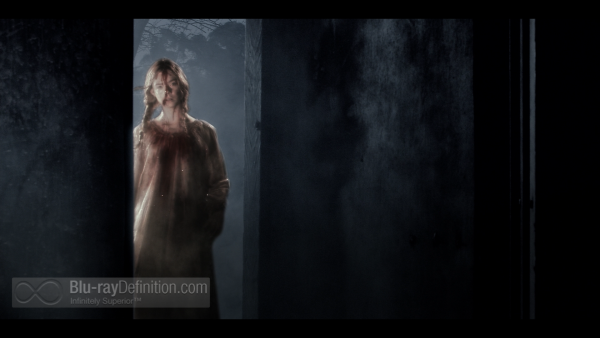