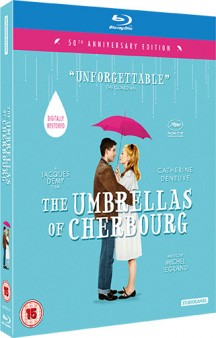 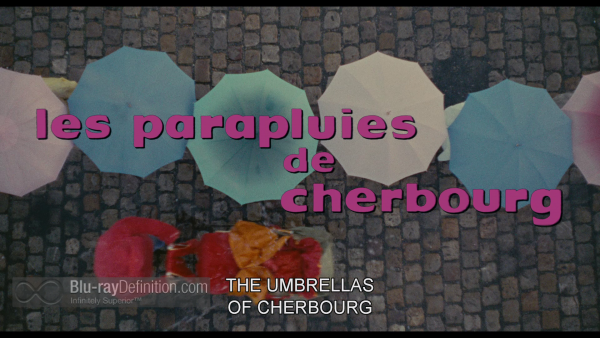 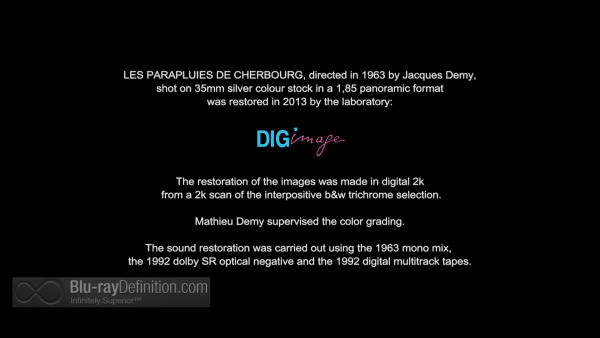 This AVC/MPEG-4 1080p encodement to Blu-ray from StudioCanal is taken from the 2013 restoration of The Umbrellas of Cherbourg done by DIGimage, with color coding supervised by Mathieu Demy. The restoration was done in 2K from a 2K scan of the interpositive black-and-white trichrome (three black and white strips representing Red, Green, and Blue, respectively). This allows for much more targeted color coding/tweaking than restoring from the original negative. The end result, while ever so slightly leaning towards a bit of heightened graininess, is breathtaking nonetheless. The colors leap from the screen and there are plenty of details and textures remaining in the image with lots of brightness and contrast as well. 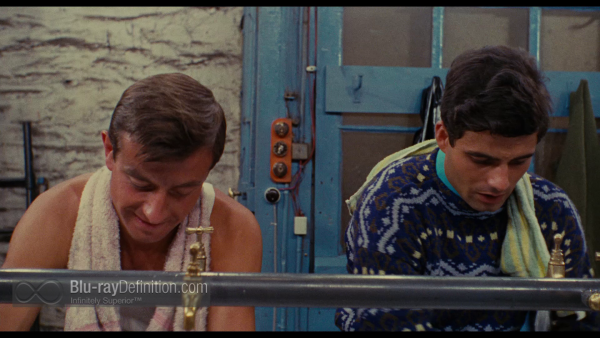 The sound restoration for The Umbrellas for Cherbourg was carried out using the original 1963 mono mix, the 1992 Dolby SR optical negative, and the 1992 digital multitrack tapes. In fact, it is a recording of the score intended for release to stereo LP that was used, according to the restoration featurette here, that allowed for the audio to be “spatialized”. The audio, especially the music and some sound effects, does have a good sense of stereo imaging, however the surround atmospherics are very mild, almost non-existent and unnoticeable on the French DTS-HD Master Audio 5.1 (48kHz/24-bit) soundtrack. That does not take away from its enjoyment however, and it is a notch above the LPCM 2.0 Stereo (48kHz/24-bit) track, only due to the singing being better anchored to the center and a bit fuller. 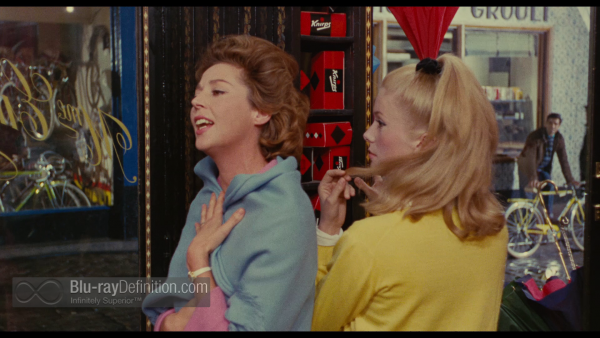 We get over four hours of extras exploring the film and Jacques Demy. They are all worth sitting through, which is unusual. 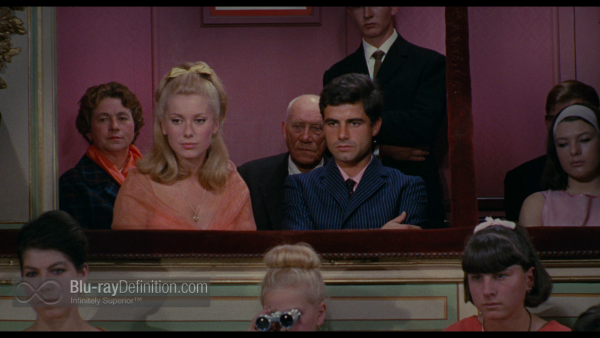 A beguiling Catherine Deneuve, a story of unfulfilled young love and class distinctions, and, of course, the radiant colors and marvelous, natural scoring make The Umbrellas of Cherbourg a treat to watch. Jacques Demy’s film gets a beautiful new restoration as well and looks as vibrant and colorful as ever. 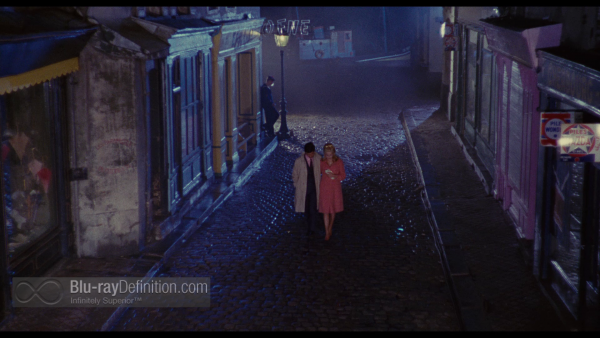 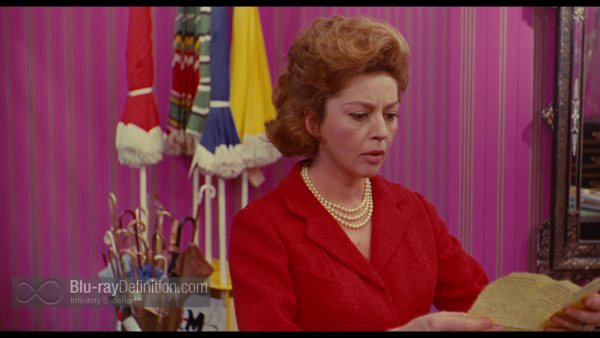 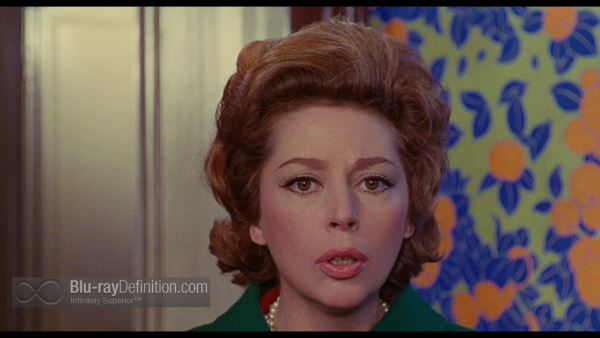 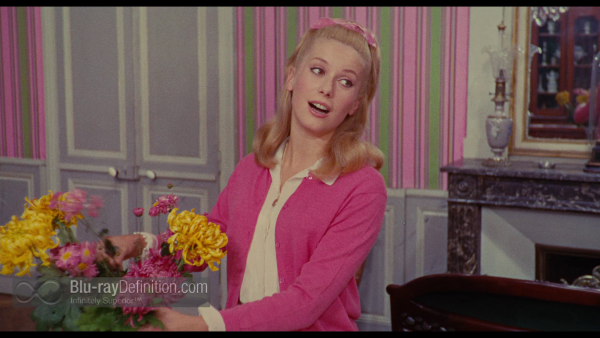 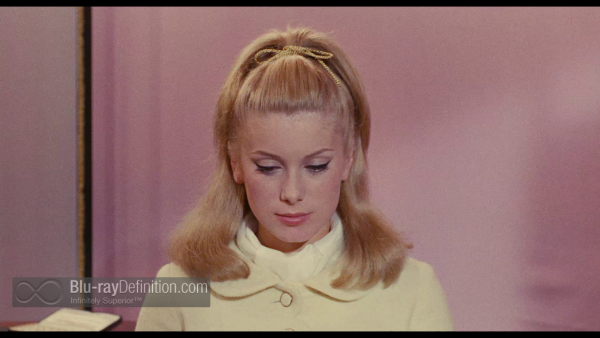 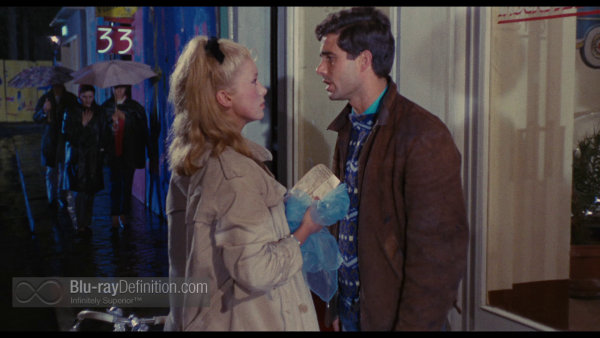 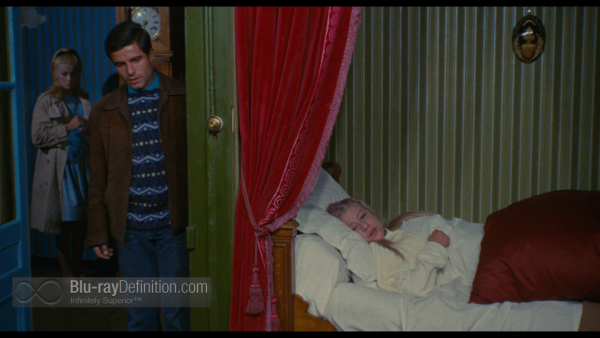 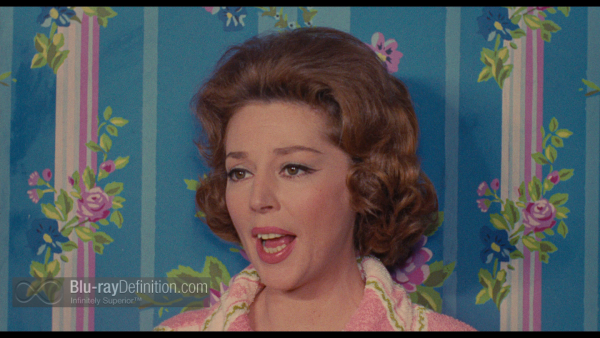 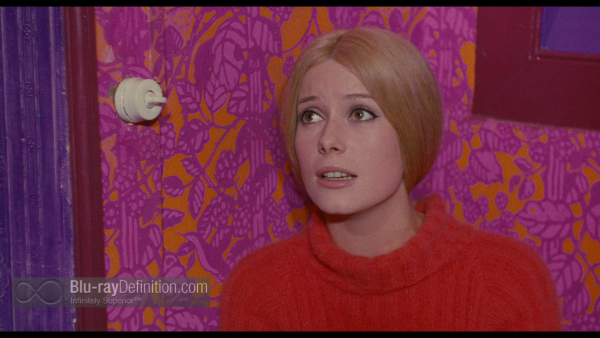 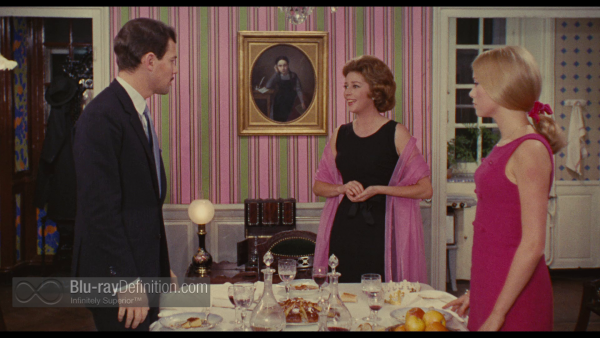 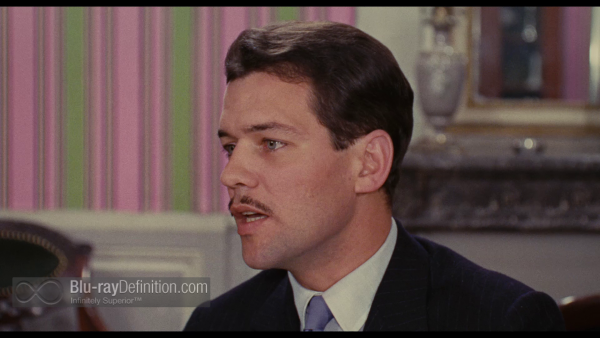 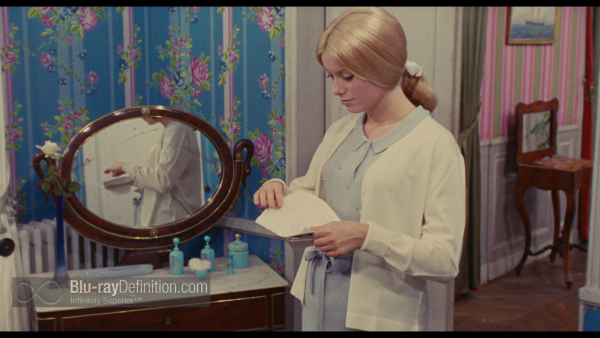 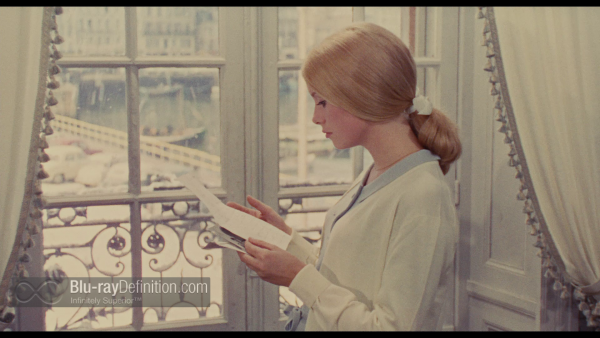 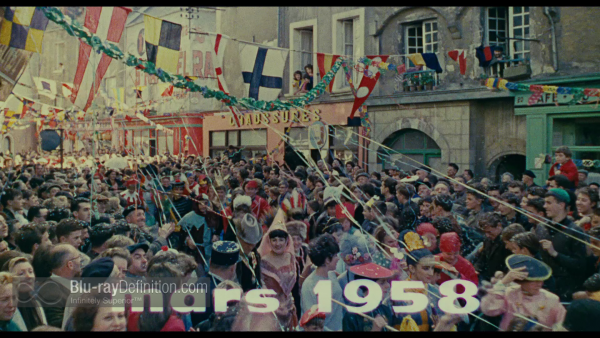 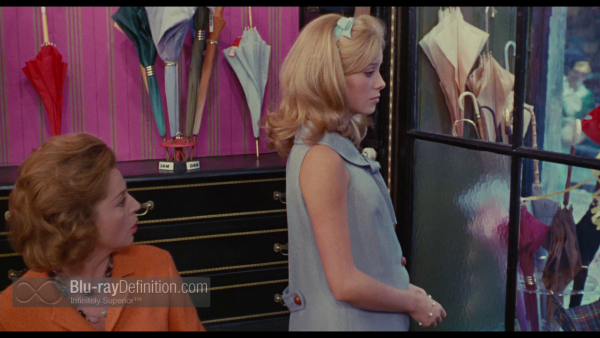 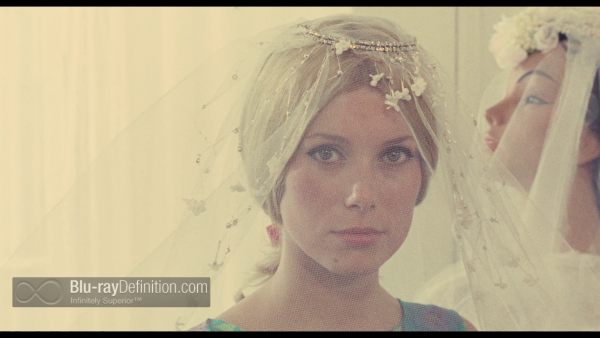