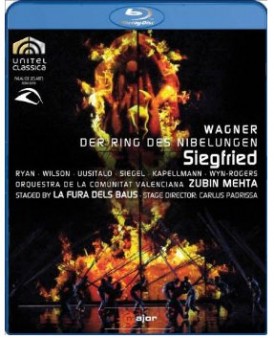 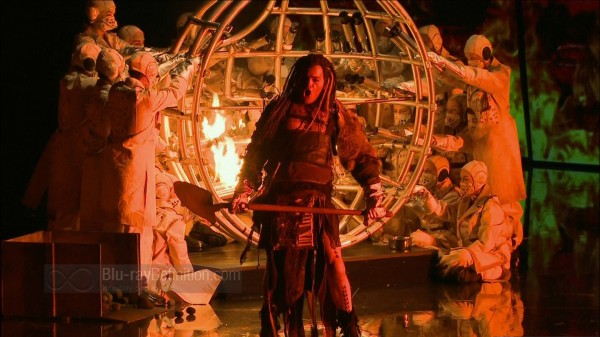 Act I. Siegfried has been brought up by Mime after his mother, Sieglinde, died in childbirth. The dwarf wants his foster son to wrest the Nibelung treasure from Fafner, who is guarding it in a cave in the guise of a dragon. But the youth needs a suitable weapon. Wotan enters, disguised as the Wanderer, and in a series of riddles reveals the answer to the problem: only the man who does not know fear can reforge Siegmund’s shattered sword. Siegfried unquestionably meets this condition and enthusiastically sets to work, filing down the steel, melting down the resultant filings, hammering the sword into shape and finally brandishing aloft the reforged Nothung.

Act II. Outside Fafner’s lair, Wotan comes upon Alberich, who once again threatens him with the end of the gods. Wotan warns Fafner that Siegfried will kill him and take possession of the ring, but Fafner is unimpressed. Moments later, Siegfried arrives and lures the dragon out of his lair by playing his horn. After a brief fight, Siegfried kills the dragon. On tasting a drop of the creature’s blood, he finds that he can understand the forest birds. One of them tells him to take the ring and the magic helmet from the hoard and also warns him that Mime is planning to poison him. He then follows the forest bird as it shows him the way to a wondrously beautiful woman.

Act III. Wotan seeks out Erda’s counsel one last time, but the earth mother’s answers fail to satisfy him. As dawn breaks, Siegfried arrives at the Valkyrie’s Rock, where Wotan confronts him. The young hero refuses to be told what to do and shatters the god’s spear with his sword. Powerless, the god departs, leaving his grandson to rule the world. Fearlessly, Siegfried passes through the wall of fire and on the mountain summit finds the sleeping Brünnhilde. He wakes her with a kiss and the jubilant lovers sing of their happiness.

This production of the third opera in Wagner’s sprawling “Ring” cycle is one that purists would probably find outright offensive, were it not for the well-respected veteran conductor Zubin Mehta being at the helm of the Orquestra de la Comunitat Valenciana.

This, being a part of the first ever complete staging of Wagner’s Der Ring des Nibelungen in Spain, was staged by La Fura dels Baus in Valencia and directed by Carlus Padrissa. The production features projections of 3D animations by video creator Franc Aleu, so-called “multimedia” costumes by Chu Uroz, aerialists, and mechanical contraptions. The end result is a contemporary musical production designed to appeal to younger audiences raised on the hyper-energetic special effects worlds of science fiction and fantasy features like Harry Potter and The Lord of the Rings. This production of Wagner’s Ring cycle is a dazzling visual display that evokes equal parts Blade Runner and Cirque du Soleil.

But under Mehta’s baton, this Wagner lacks some of the energy and aggression that the Ring requires. Especially coupled with this hyperactive production, Mehta’s conducting seems a bit too laid back and “sweet,” for this powerful opera. The visuals sometimes overpower the music itself. Lance Ryan does a decent job as Siegfried, although he sounds just a bit strained in his vocalizations and acts a little too roguish. The real star here is Jennifer Wilson who does a wonderful Brünnhilde. 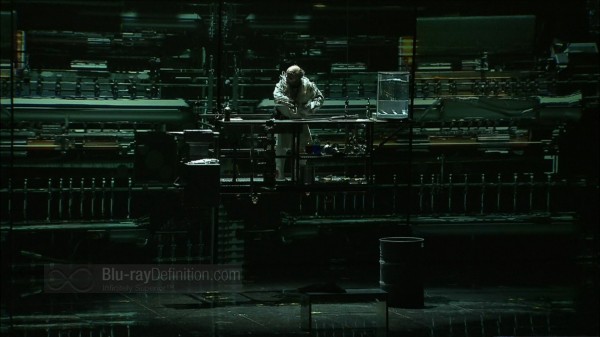 Captured in high definition, Siegfried has a beautifully rendered 1080i/60 high definition encoding that captures the stunning visuals of this version of ‘The Ring’ splendidly. Color reproduction is vivid, blacks are deep, flesh tones are accurate (when there is natural flesh present) and there is an absence of artifacts in the many flashing lights and projections on screen. Video noise is at a minimum and the overall image is sharp, detailed, and very lifelike. 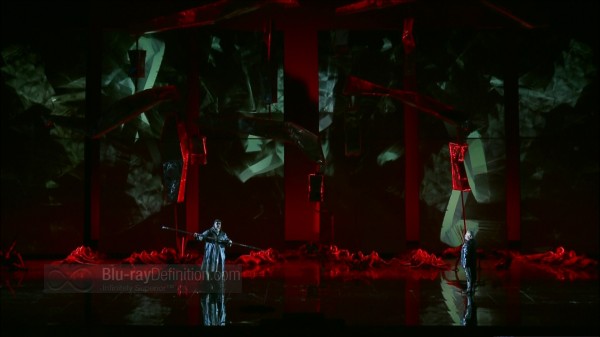 There are two audio options provided on this Blu-ray release: a DTS-HD Master Audio 7.1 mix and a PCM 2.0 mix. The 7.1 mix is not as engulfing as I expected it to be with the two extra channels and the sound is a little too “thick” and closely recorded on the orchestra. The balance is a little off, with the vocalists a bit too often being drowned out by the orchestra. Overall dynamic range is spectacular and there is a nice smooth sound to the string section and brass. The PCM 2.0 mix has a bit of a better balance, but loses too much in the lower frequencies. 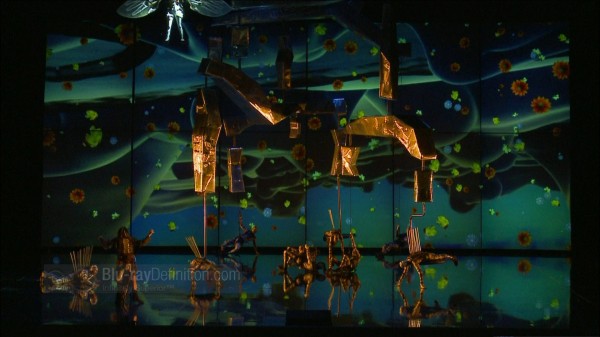 Supplements are slender, but there is a nice “making of” featurette that offers some good behind-the-scenes footage and interview segments with the artists that should be of interest to viewers. 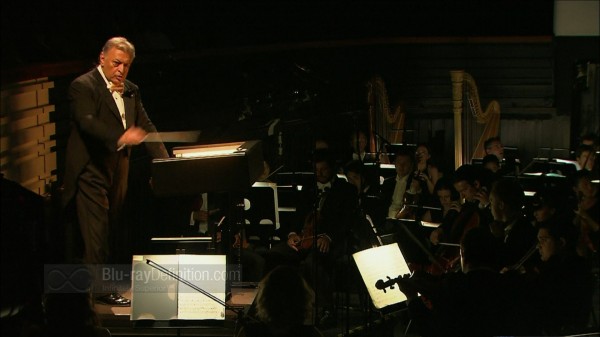 They’ve called this “A Ring for the 21st Century” and, though it may be an obvious description, there’s no other way to describe it.  It won’t be for everyone, that’s for certain, but it is a new way at approaching an old art form. The beautiful production in this version of the Ring has to be seen to be believed. I’d recommend it even to those weary of these modern productions. 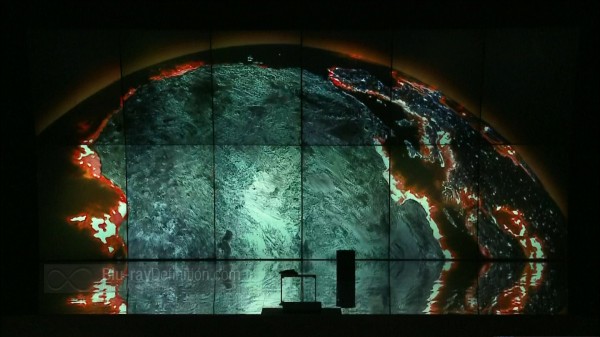 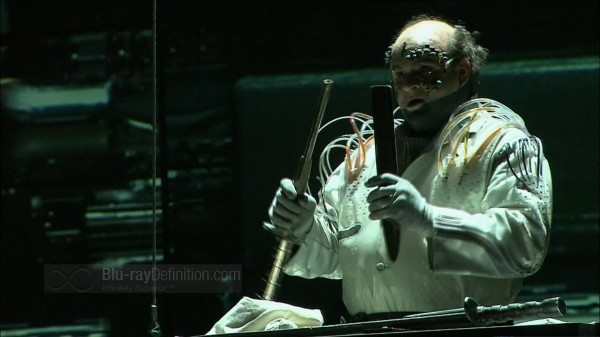 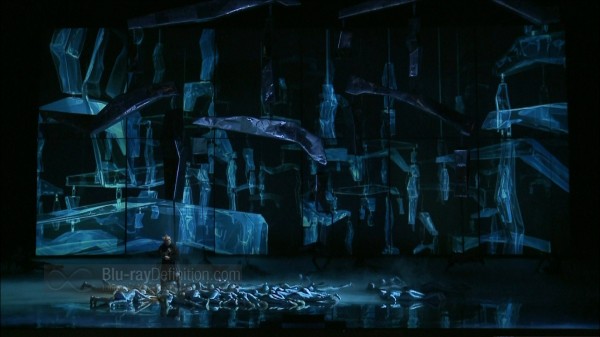 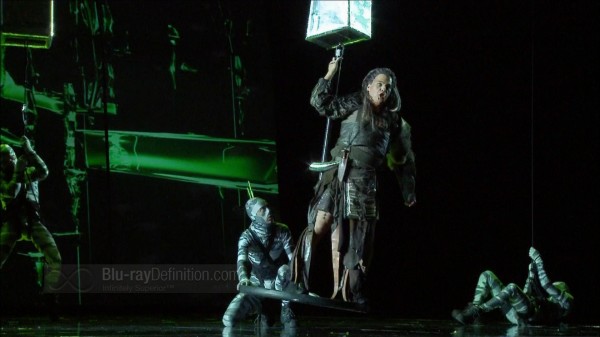 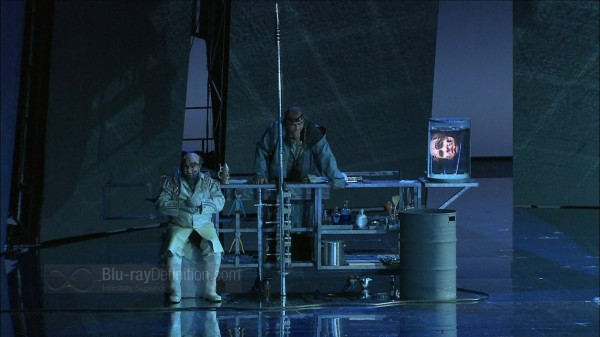 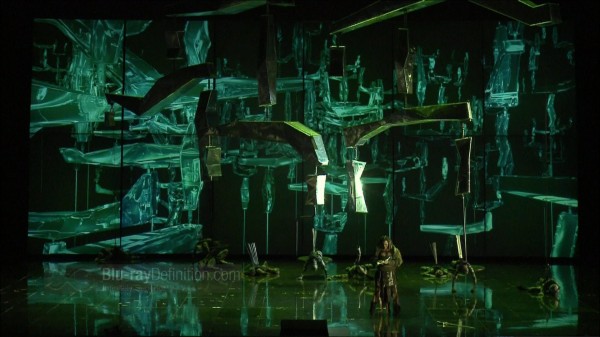 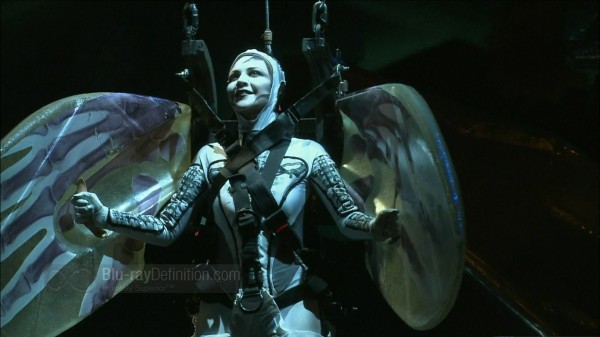 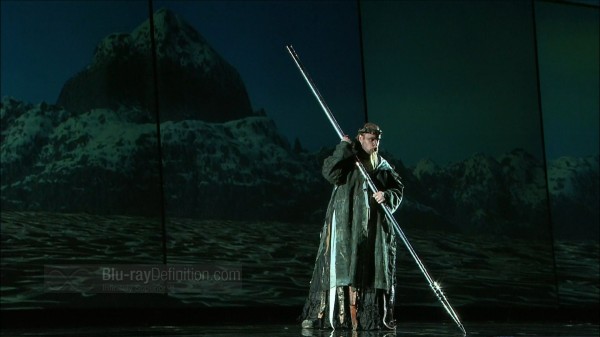 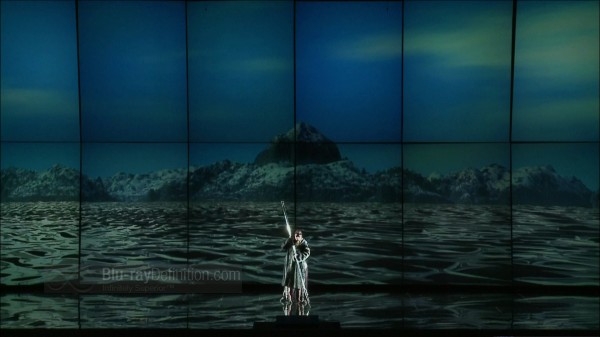