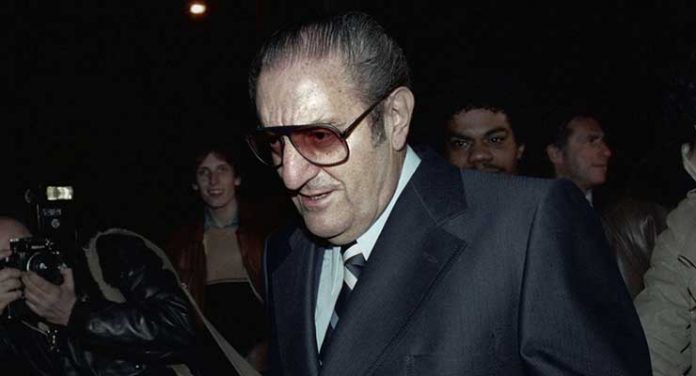 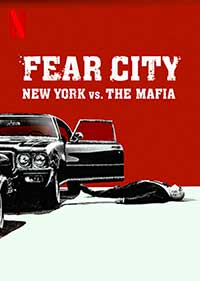 For fans of The Sopranos and other crime syndicate series, this three-episode docuseries, Fear City: New York vs. The Mafia, will show that truth can be even more compelling than fiction. In 1970s New York, The Mafia, specifically the five “untouchable” crime families—Gambino, Colombo, Bonanno, Lucchese, and Genovese—had established a reign of terror in the Big Apple.  The FBI was charged with bringing down the Mob’s crime bosses and putting a halt to their various “businesses” but this will turn out to be a lengthy and complex mission. As Johnny Alite, a Mafia soldier described those times: “it was the Golden Era of The Mob… their (the police’s) job is to lock you up; our job was to get away with it.

As former FBI supervisor, Jim Kossler put it: “there was organized crime but there was no organized investigation.”  Numerous organization charts show the crime families as highly structured from the bosses down to the soldiers while the FBI’s investigations were disjointed.  Things began to change when the 1970 RICO or Racketeer Influenced and Corrupt Organizations Act closed a legal loophole to allow the prosecution of those who ordered the commission of a crime even if they did not personally carry it out, provided there was sufficient evidence to prosecute these cases.

The FBI organized independent squads to pursue individual families beginning with the Gambino’s “White Collar Don” Paul Castellano. The strategy was simple: agents would gain access to Mafia homes or establishments and bug their telephones to record conversations showing evidence of the Mob’s control of major labor unions and use of their multi-million-dollar pension funds for their own purposes. Other bugging targets followed: Lucchese boss, Anthony “Tony Ducks” Corallo and Anthony “Fat Tony” Salerno, head of the Genovese family.

By the 1980s, the Mob had infiltrated every aspect of American life and this is when US District Attorney Rudy Giuliani enters the picture.  The wiretaps reveal the existence of “The Commission,” composed of the heads of the five families and linking them in the conduct of their illegal businesses. Giuliani decides to go after them all in one fell swoop and puts together his young legal team of Michael Chertoff, John Savarese, and Gil Childers.  The FBI still needed to connect a murder to The Commission.  Field agents Pat Marshall and Charlotte Lang find the necessary evidence that the Commission had ordered the hit on former Don, Carmine Galante.  Arrests and indictments follow with the only suspense remaining is the outcome of the high-profile trial that could finally take down the Mafia leadership.

As one who lived through this era in American history, I was quite familiar with the protagonists and their eventual fates.  While liberties are occasionally taken with actual events, the blending of documentary footage with reenactments is reasonably smooth (you can easily tell by the image quality) and the dramatic thread, aided by recent interviews with “wise guys” and FBI agents, remains engrossing. In the interest of time (the investigation took the better part of two decades), shortcuts are taken with what was the lengthy process of collecting and preparing the evidence and the subsequent prosecution of these career criminals. That said, Fear City remains a cautionary tale that should be kept in mind as lawlessness again seems to be pervading the major cities of the United States. Families should be aware that the Mafia tape recordings are peppered with F-bombs and some of the images are quite disturbing, so this will not be appropriate fare for younger viewers. Highly recommended.

Fear City: New York vs. The Mafia is streaming now in its entirety on Netflix