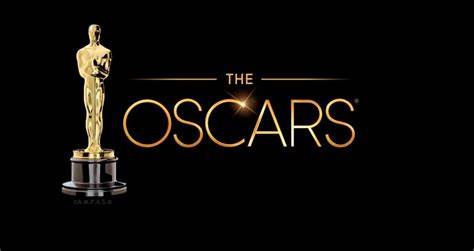 March 15, 2021, Hollywood, California. The Academy of Motion Pictures Arts and Sciences has announced its nominees for this year’s Oscars. The husband-wife team of Nick and Priyanka Chopra Jonas read the list of Oscar hopefuls that will vie for golden statuettes to be awarded next month.  While there may be disagreements about the merits of the contenders in the various categories listed below, AMPAS members will surely agree on at least one thing—2020 was a most unusual year for motion pictures and the first in the long history of these awards to compete with an ongoing pandemic.

”Onward”
“Over the Moon”
“A Shaun the Sheep Movie: Farmageddon”
“Soul”
“Wolfwalkers”

”Another Round”
“Better Days”
“Collective”
“The Man Who Sold His Skin”
“Quo Vadis, Aida?”

”Husavik (My Hometown),” “Eurovision Song Contest: The Story of Fire Saga”
“Fight for You,” “Judas and the Black Messiah”
“Io Se (Seen),” “The Life Ahead”
“Speak Now,” “One Night in Miami”
“Hear My Voice,” “The Trial of the Chicago 7”

Actress in a supporting role:

To conclude this most challenging year for the film industry, the eligibility date for new productions was extended to the end of February and many more of the nominated films had limited screenings before going to the various streaming networks for viewing on demand. Speaking of streaming networks, Netflix has proved to be a film  powerhouse as it received 35 nominations–the most ever for an Internet film production company. The late Chadwick Boseman joins a distinguished group of Best Actor or Best Supporting Actor nominees who passed away before their respective Oscar ceremonies took place that includes James Dean, Spencer Tracy, Sir Ralph Richardson, Peter Finch, and Heath Ledger. The list of 2021 Oscar nominees is also noteworthy for the increasing number of minority actors, directors, and others involved in the film industry. I was baffled by nomination of both Daniel Kaluuya and LaKeith Stanfield for Best Supporting Actor in the same film, Judas and the Black Messiah. There was also some griping that only eight pictures were put up for Best Film. There should be no griping about the nominations that two female directors—Chloe Zhao and Emerald Fennell—received for Nomadland and Promising Young Woman, respectively, the most ever in the same year.  Finally, Mank led the pack with ten nominations but will this big budget black-and-white film suffer the same shutout that it did in the Golden Globe Awards ceremony? As the 2021 Academy Awards ceremony is being held at the latest date in the history of this event, in addition to the suspense generated for the outcome of each of the twenty-three award categories, is that surrounding the announcement of the show’s host, or will there actually be one?