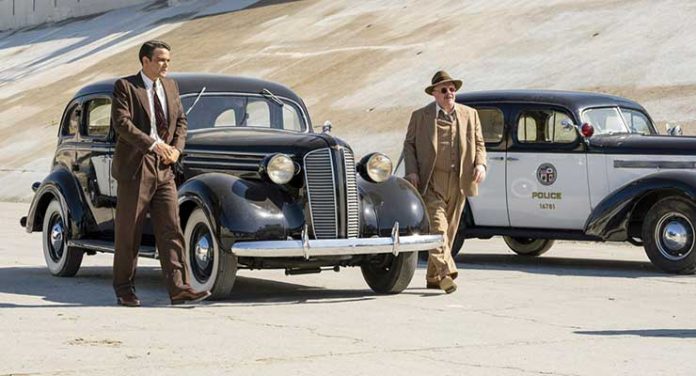 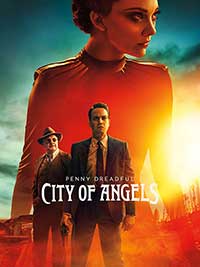 Penny Dreadful: City of Angels is Showtime’s sequel of sorts to original Penny Dreadful series. It relocates the action from late 19thcentury London to 1938 Los Angeles with an entirely new cast of characters.

Twenty years before the present story begins, Magda, the black-garbed shape-shifting demoness (Natalie Dormer) and the white-clad Santa Muerte (Lorenza Izzo), caretaker of the dead, contend over the lives of farmworkers who die in Magda’s brush fire, including the father of Santiago “Tiago” Vega (Daniel Zovatto). Tiago later becomes the LAPD’S first Mexican-American detective and gets partnered with the veteran Lewis Michener (Nathan Lane) who happens to be Jewish and a closet tippler.  The pair are assigned to investigate the grisly murders of the wealthy white Hazlett family whose dead faces wear Dia de Muertos make-up.

Vega and Michener investigate The Joyful Noises ministry in which Mr. Hazlett volunteered to help with its bookkeeping. Tiago meets the beautiful songstress Sister Molly Finnister (Kerry Bishé) whose mother Adelaide (Amy Madigan) runs the ministry and sparks begin to fly. Sparks also fly between crooked Councilman Charlon Townsend (Michael Gladis) and the handsome chauffeur Kurt (Dominic Sherwood) whose boss is architect and Nazi operative Richard Goss (Thomas Kretschmann. Their first assignation gets secretly filmed by the Townsend’s aide Alexandra “Alex” Malone (another Magda persona) to ensure that he will comply with Koss’s plan to go on a building campaign in downtown LA.

Numerous subplots weave in and out of the ensuing episodes. Michener discovers that Adelaide and Councilman Townsend are in cahoots with the Nazis to turn LA into the American gateway for The Third Reich with plans for developing a nuclear bomb. To the dismay of the Vega family’s hyper-religious mother Maria (Adrianna Barraza), the Kraft family housekeeper, she finds out that her son Mateo (Jonathan Nieves) has become a pachuco, her daughter Josefina (Jessica Garza) has joined Joyful Noises and Tiago is seriously dating Molly.  Tensions continue to rise between the Chicanos and the brutal LA police force following the lynching of Diego Lopez (Adan Rocha) who was being transferred to San Quentin. Viewers should be prepared for a finale with numerous twists that involve nearly all of the principals. 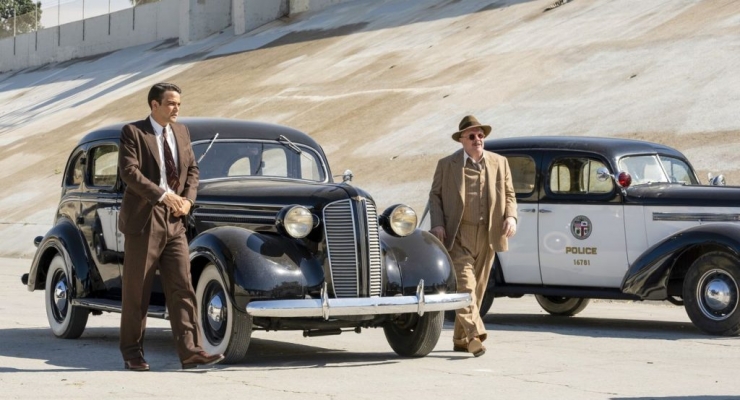 Penny Dreadful: City of Angels represents a significant departure from the original series as its supernatural aspects are relegated to a few isolated scenes in which the real Magda and Santa Muerte appear. Much in keeping with today’s tumultuous times, there is an intense focus on racism perpetrated by LA’s mostly white citizenry and how this affects the daily lives and opportunities for its Chicano community to advance. Pairing the token Jew in the LAPD with its only Chicano provides a chance for these two minority officers to become reluctant “buddies” and the performances turned in by Zovatto and Lane simply shine, The remaining cast members also deliver excellent turns, led by Natalie Dormer’s tour-de-force portrayal of four very different characters and succeeding brilliantly in all of them. Major credit must also be given to the set designers and costumers for the painstaking recreation of a Los Angeles that most of the audience have never seen.  Further, the large dance sequence in The Crimson Cat bar lounge that recalls Golden Age Hollywood musicals is definitely worth the price of admission and offers a nice break from the violent tone of this show.

Where this show falls short of the mark of its UK predecessor is in the same scriptwriter John Logan’s overly ambitious screenplay. There are simply too many storylines packed into the time available during each episode and the periodic cutaways often detour the action at some very telling points. The last episode rushes to resolve the plot’s numerous loose ends but quite a few still remain suggesting that a Season Two may be in the offing, although Showtime has not made an official announcement that the series will be renewed.