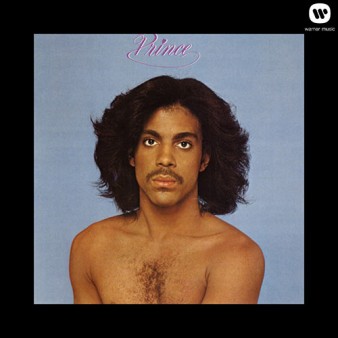 Prince isn’t quite the Prince you have come to know, but that doesn’t mean his songwriting and performances aren’t up to par. The Royal One covers all of the instruments (minus a little bass by his touring bassist Andre Cymone). He also wrote, arranged, and produced the record as he would continue to do with most subsequent releases. The opening track “I Wanna Be Your Lover” became this album’s big single with its disco-like rhythms and Prince’s unique falsetto. If “Why You Wanna Treat Me So Bad?” had been released a few years later it would have been a much bigger hit with its guitar and keyboard harmonies. The other featured guitar song,“Bambi”, starts out with a heavy solo guitar riff and grabs you by the collar immediately. Prince’s lyrics deal with subjects that made him famous and slapped parental warning labels on the albums. “I Wanna be Your Lover” has the line, “I wanna be the only one makes you want to come…running” as a tongue in cheek tease. “I Feel for you” contains a great chorus hook and the feel of verse is similar to one of Prince’s bigger hits, “Raspberry Beret”. Chaka Khan would have a hit with a remake of the song four years later. Even if “Sexy Dancer” does not fully click, it does feature a nice piano solo. Songs like “Still Waiting” and “With You” do not quite reach the level of the rest of the playlist (listed below). “When We’re Dancing Close and Slow” on the other hand while being atypical from a Prince perspective, is a composition that really grows quickly on you. Overall the album is another step forward for The Artist and his distinctive sound would debut in full force on his next release

The 192kHz/24-bit FLAC download from HDtracks (also available ALAC, AIFF, WAV, and at 92kH/24-bit resolution formats) is simply sensational in its ability to reproduce the wide sound spectrum, potent bass, and stirring Prince vocals. “When We’re Dancing Close and Slow”, a sparse beautiful song, is outstanding with acoustic guitars and piano lines cleanly springing out and the low pedal on the bass and keyboard being prominent but not overpowering. The vocals on “It’s Gonna Be Lonely” are a treat to hear and the hi-res version gives listeners nice delineation of the tune’s heavy bass movement of the tune, and Prince’s overdubbing of his own voice to form a chorus, a technique that he has continued to use in his subsequent albums.

Prince is an early release that shows the potential of an artist on the verge of a massive career. In retrospect, and particularly in this high resolution version, we are presented some legitimate hits and some near misses A now-legendary artist, Prince shows the potential that was there from the beginning and is now yours, courtesy of HDtracks.