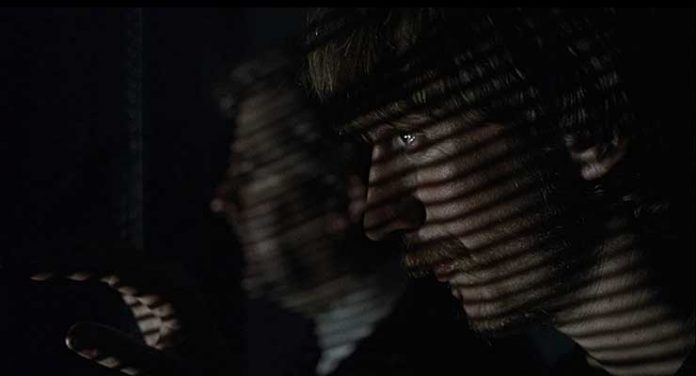 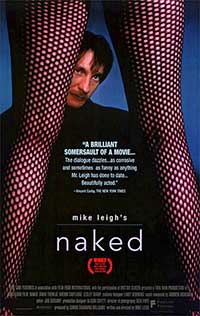 Naked (1993) revolves around two sex addicts in the area of Dalston, in London. The one hangs out discussing life with strangers, sometimes engaging in rough sadistic sexual intercourse, while the other engages himself in successive rapes.

Johnny flees to his former girlfriend in Dalston, Louise after having non-consensual sexual intercourse with a woman in Manchester. He engages in a fling with her roommate Sophie, but he expresses violent sexual behavior and dumps her leaving her devastated. He later befriends random people and discusses various existential topics with them like some sort of street philosopher, but his inability to listen to others and his rambling makes him irritating and unwanted. He finally ends up wounded at Louise’s house where the psychopathic landlord and sexual predator Jeremy lurks.

To be honest, I found the plot a bit disorienting. Firstly, I expected to learn more about the past relationship between Johnny and Louise. I believe that they omitted a really interesting part of the story because there is a lot that is implied about those two, but we never truly understand what is going on. I expected to see it in the form of a flashback or something. Secondly, the approach of the character of Jeremy was superficial. We see what he does and nothing more and his presence in the film is brief. We do not see him in other aspects of his life. Thirdly, it was very pessimistic as a general approach and we never see some kind of action. We just see passive women suffering from sexual predators and nothing more. Still, it was intuitive, in the sense that it gives light to the different ways of potential abuse, by portraying two different personalities, and the use of coincidences was interesting.

As far as acting is concerned, I think the cast did an amazing job. David Thewlis and Greg Cruttwell were impeccable in their roles as Johnny and Jeremy/ Sebastian respectively. I would also like to praise Katrin Cartlidge as Sophie because I believe she delivered the best and the most heartbreaking performance among the rest of the female cast. Still, Lesley Sharp as Louise and Claire Skinner as Sandra were also very good and convincing in their roles. The rest of the cast was very good as well.

In terms of direction, Mike Leigh was very good at establishing a claustrophobic atmosphere, full of tension. Concerning cinematography, grey tones are prevalent, which evoke to the viewer feelings of melancholy, loneliness, and disruption.

The ending left me feeling confused and dissatisfied because of its vagueness and the lack of some kind of resolution. I needed something more concrete.