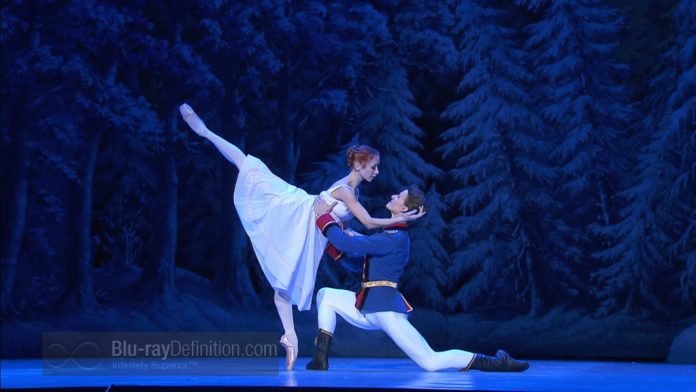 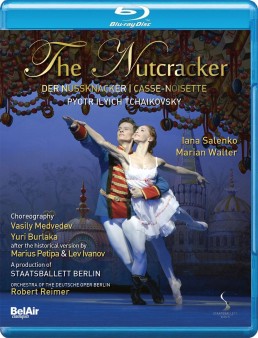 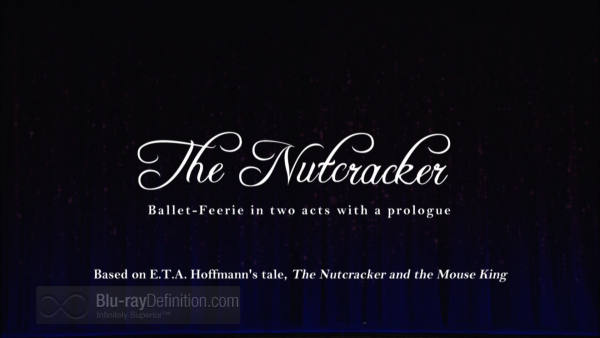 And as Christmas approaches, another Blu-ray version of Tchaikovsky’s beloved seasonal ballet, The Nutcracker, arrives but this time with an adaptation of Marius Petipa’s original choreography by Vasily Medvedev and Yuri Burlaka.  Unlike in many of its predecessors, the choreographers make a conscious effort here to return more closely to Petipa’s original 1892 concepts, so this 2014 Staatsballett Berlin production will look more like The Nutcracker that we have always wanted to see. 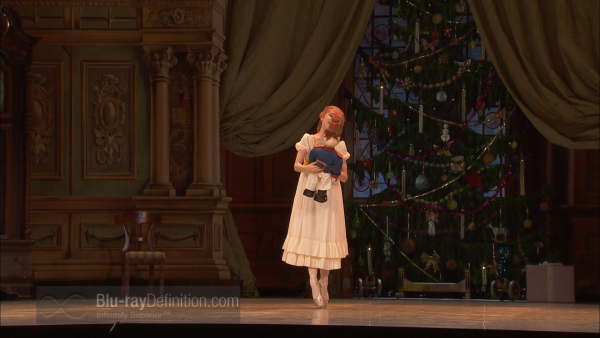 The Nutcracker opens in the Silberhaus home, gaily decorated for the holidays, as guests are gathering for the exchange of gifts and dancing. Drosselmayer (Michael Banzhaf) gives his goddaughter Clara (Iana Salenko) a toy nutcracker that gets broken by Clara’s brother Fritz (Linus Schmidt) and then repaired by Drosselmayer himself. 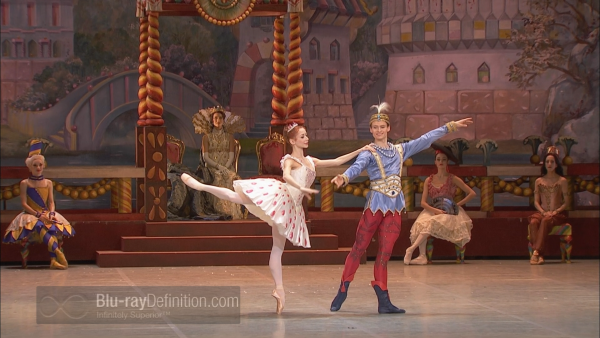 After the party guests have left and everyone is asleep, Clara returns to the drawing room and finds it filled with mice. The Mouse King (Arshak Ghalumyan) enters and, as if by magic, the dolls and toy soldiers appear but now are life-size. The mice and the soldiers do battle and when the rodents are victorious the nutcracker (Marian Walter) rallies his honor guard but is then wounded. Clara knocks out the Mouse King with her shoe and his majesty is carried off. Drosselmayer appears and revives the nutcracker who now becomes the charming Prince. 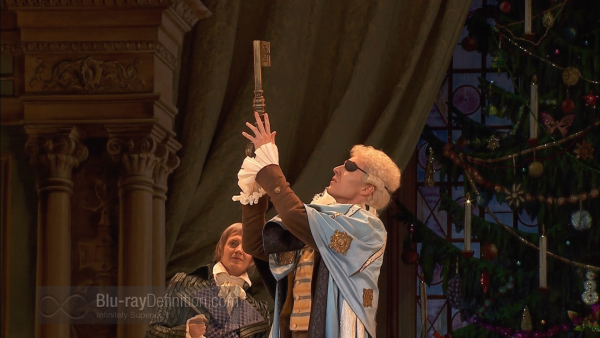 The drawing room is now a wintry forest and Drosselmayer takes the Prince and Clara to the Kingdom of Sweets, the home of the Fairy Queen who shows her gratitude for Clara’s saving the Prince’s life by making her the Sugar-plum Fairy. We get the well-known series of national dances as the entertainment continues.  In the end, the Sugar-plum Fairy and the Prince enjoy their coronation and dance off together. 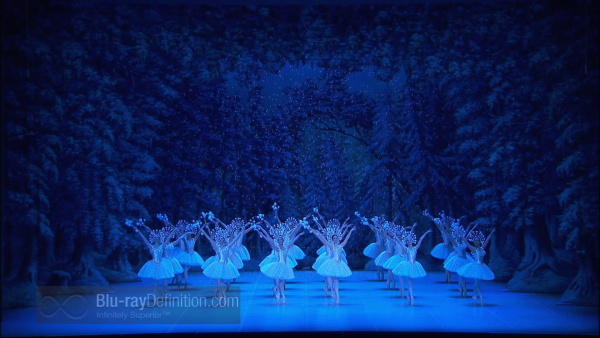 This is an enchanting, visually stunning, and superbly danced performance. The pairing of Salenko and Walter is ideal and their showstopper Act II pas de deux is exactly that. The supporting roles are very well managed and the corps de ballet delivers plenty of magic moments. A particularly charming moment is the famous “snowflake” scene accompanied by a wordless children’s chorus. Robert Reimer’s musical direction of the Deutsch Oper Berlin Orchestra gives this popular score a beautiful reading. 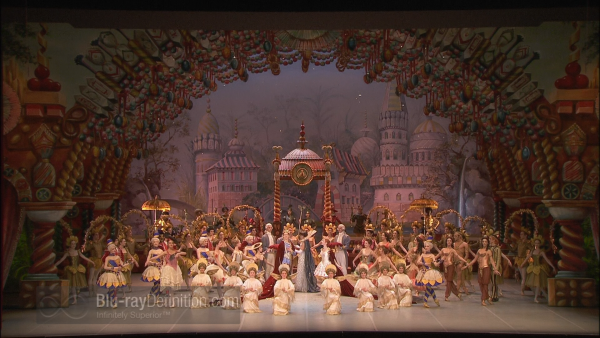 We are quite fortunate to have Andy Sommer in charge of the video direction and his cameras give us brilliant perspectives that follow the dancers in stride, making us feel that we are actually in the audience. Colors are gorgeous even in the darker scenes and details well elicited. The traditional sets have never looked better and there is judicious use of background projections. 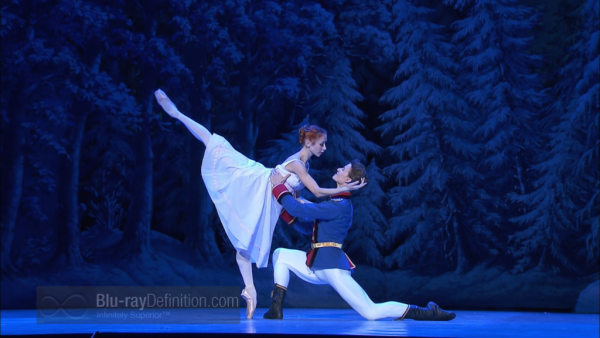 The surround soundtrack more than does justice to Tchaikovsky’s score with its many highlights clearly reproduced.  There is nice ambience and a very modest amount of stage noise. 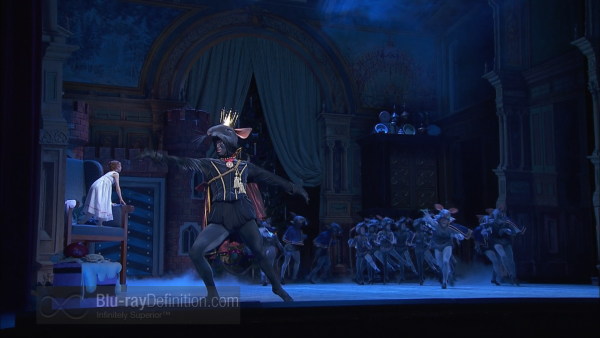 Stingy here as BelAir Classiques gives us only a skimpy program booklet with cast and production credits, track listings, and a very brief synopsis. A background essay would have been most welcome, let alone some rehearsal footage or cast interviews. 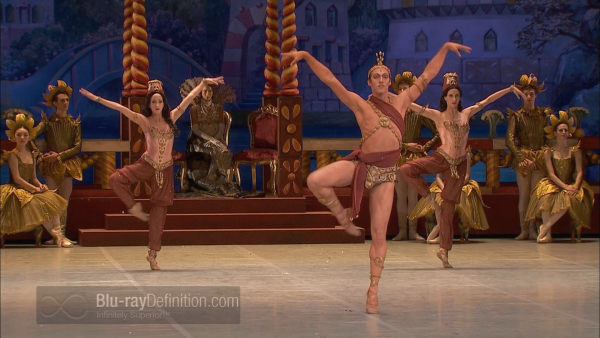 To paraphrase the great Will Rogers, I never met a Nutcracker that I did not like. What was most satisfying about this one in particular was its return to much of the original choreography that has endeared this work over the last 130 years to audiences of all ages.  This becomes the fifth Nutcracker Blu-ray that I have had the opportunity to review during the past five years and is a strong contender for best of the bunch. A great stocking stuffer for the holidays! 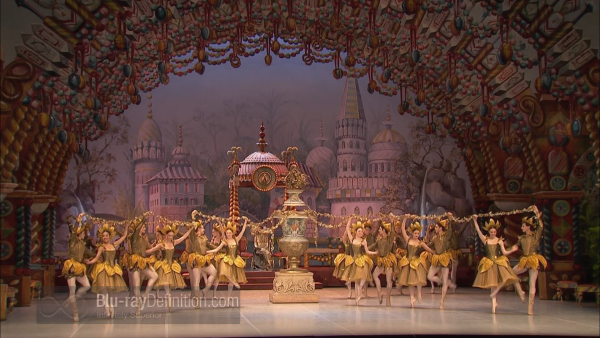 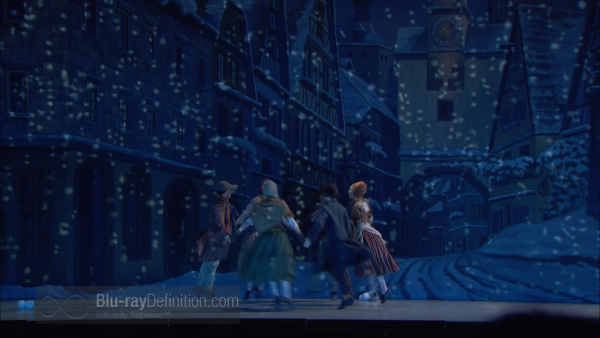 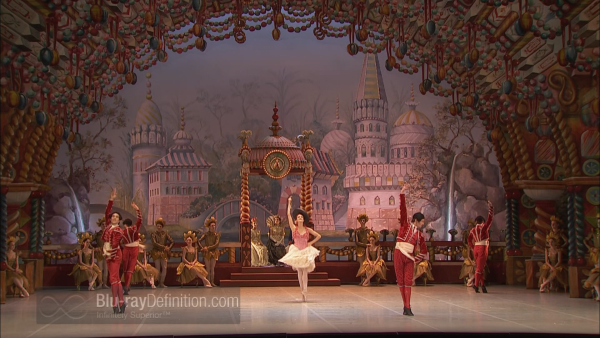 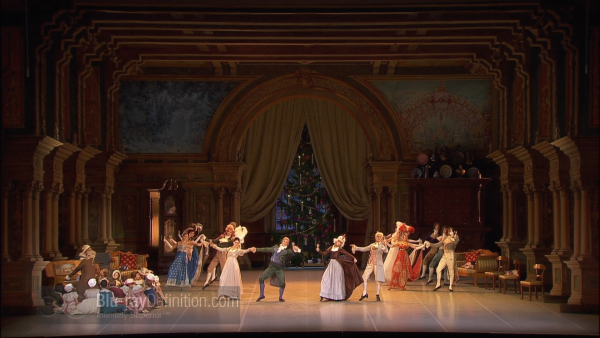 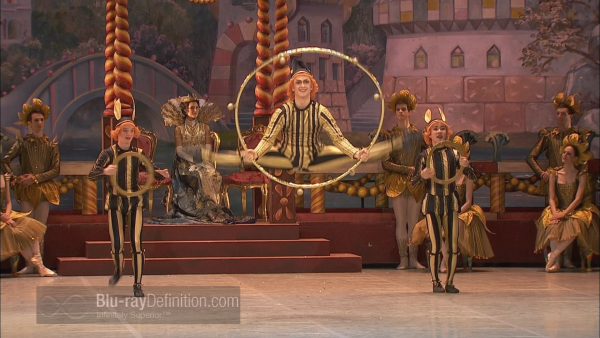 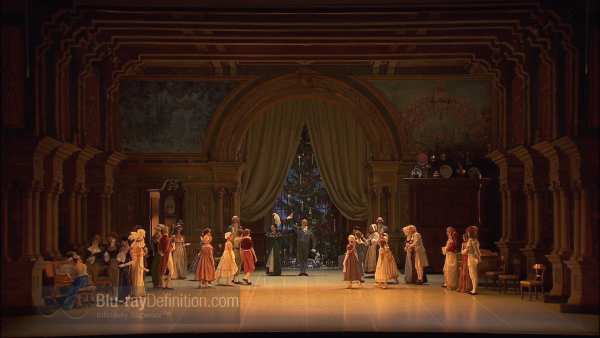 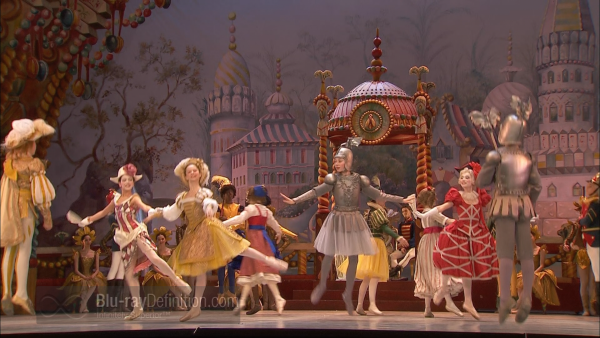 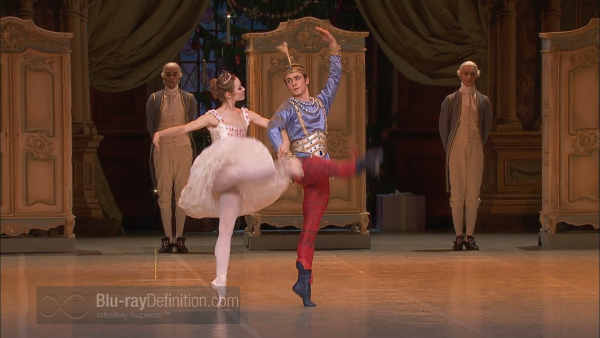 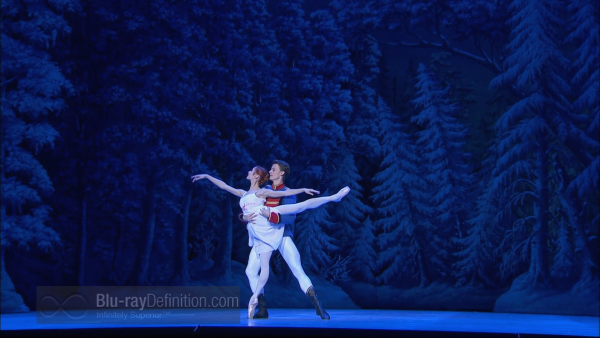 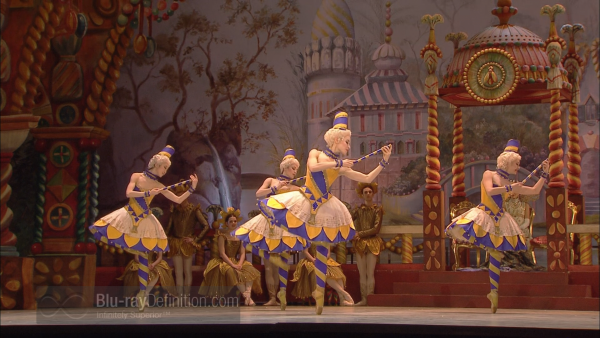 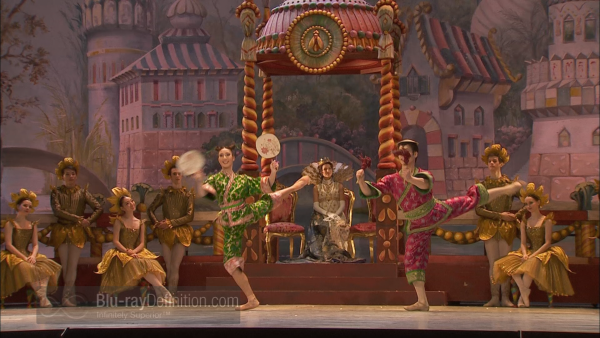 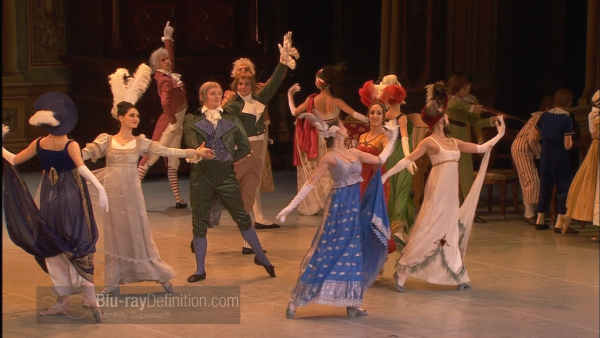 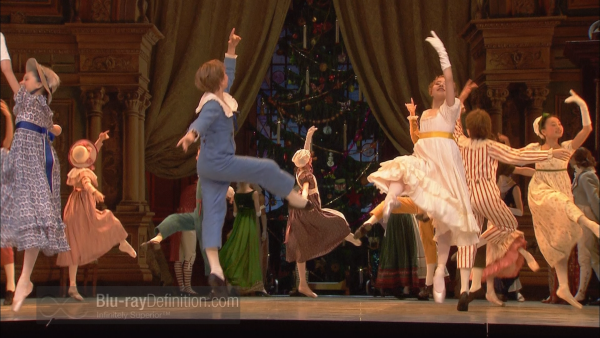