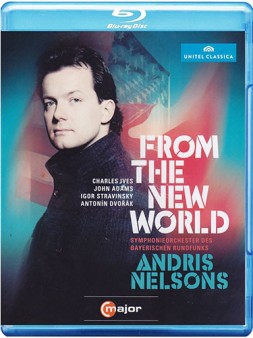 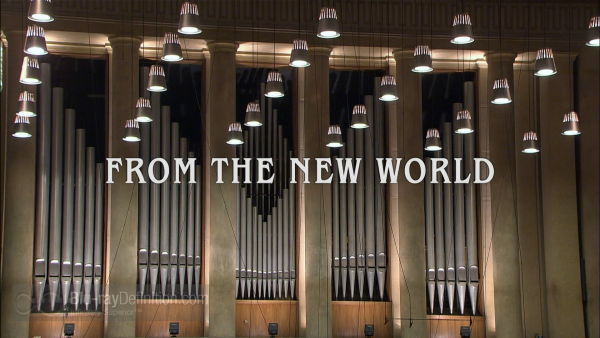 Andris Nelsons, a rising young star in the international music world, was recently appointed music director of the venerable Boston Symphony Orchestra. This musically varied 2010 program, From the New World, had maestro Nelsons in charge of the Bavarian Radio Symphony Orchestra. The concert begins with Charles Ives’ quirky The Unanswered Question, a 6-minute piece in which a quartet of wind players performs on stage while off-stage, there is an ask-and-response by members of the string section. Next, we get John Adams’ Slonimsky’s Earbox a more clangorous and percussive piece from one of America’s leading composers that is dedicated to the memory of music critic Nicholas Slonimsky and inspired by Igor Stravinsky’s Le Chant du Rossignol. Appropriately enough, this Stravinsky work immediately follows, allowing for a nice comparison. The major work on the program is Antonin Dvorak’s Symphony No. 9 or “From the New World.”

The one and a half hours of this generous program, filmed at the gorgeous Herkulesaal of the Munich Residence and the home of the Bavarian Radio Symphony Orchestra, features some outstanding musicianship, severely tested by the complexity of most of the works included here. 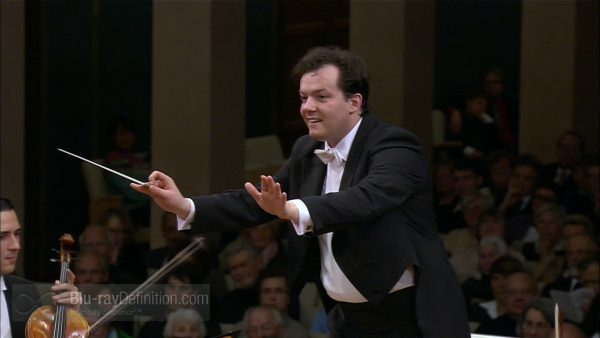 Director Agnes Meth employs a very busy camera technique that moves rapidly among the players and the conductor. I happen to like this approach since it will keep most viewers visually engaged; others might consider it a bit too frenetic for their tastes.  The video itself is beautifully captured in both detail and color palette. 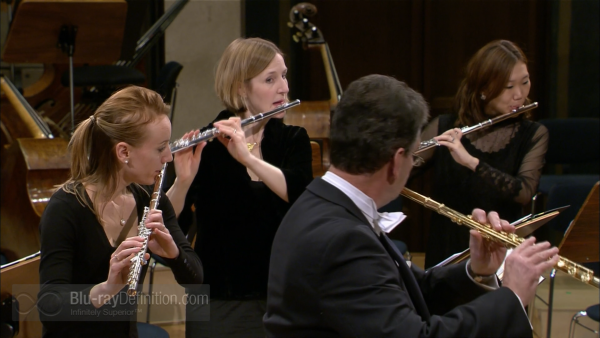 C Major often favors the DTS-HD Master Audio 5.0 rather than 5.1 surround version. Frankly, I did not sense that the low frequencies were shortchanged one bit. Orchestral detail was nicely presented, just listen to the oboe/clarinet duet of the “Goin’ Home” theme in the Dvorak symphony’s Largo movement or the “Three Blind Mice” take-off by the winds in the Finale. Sound perspective is approximately mid-orchestra seating with decent ambience. The 2-channel version is also quite good if not in the same league when it comes to atmosphere. 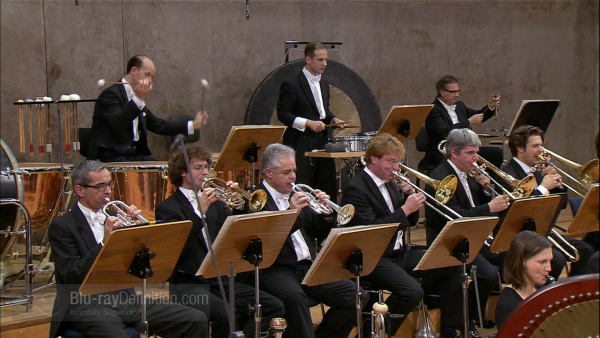 There is a slim program book with an essay on Nelsons and brief backgrounds on each of the works performed. A few C Major trailers complete the package. 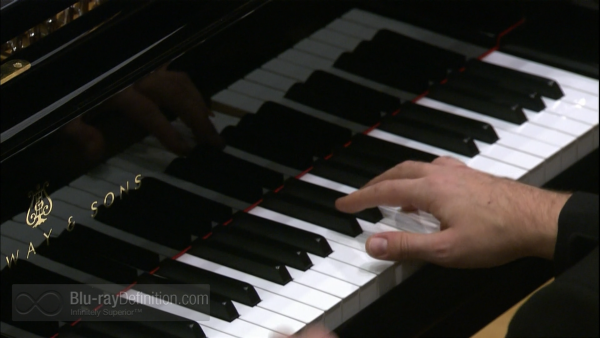 There are three Blu-ray premieres on this disc and there is only one other Blu-ray release of the Dvorak 9th, albeit a very fine one with Claudio Abbado directing the Berlin Philharmonic. The three 20th century works, i.e. the Ives, Stravinsky, and Adams pieces, may not be too everyone’s taste, but are fine showpieces for a major orchestra like the Bavarian Radio Symphony. Maestro Nelsons makes each sound like a small masterpiece, and gives as fine a reading of the Dvorak symphony as we are likely to get today.  Nelsons is a very physical conductor, similar to his mentor and fellow Latvian, the great Mariss Jansons who is this orchestra’s current music director. All in all, From the New World is a most enjoyable watch and, given the first time appearance of three works that are all deserving of your attention, one to consider for your Blu-ray library. 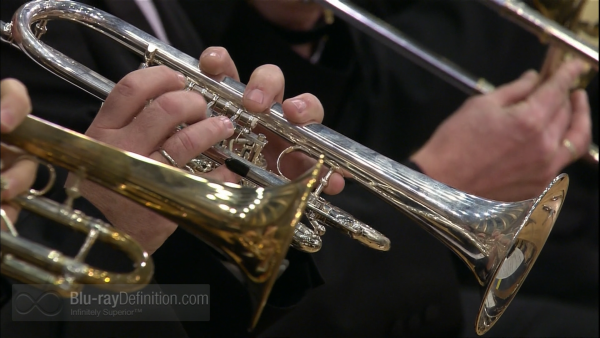 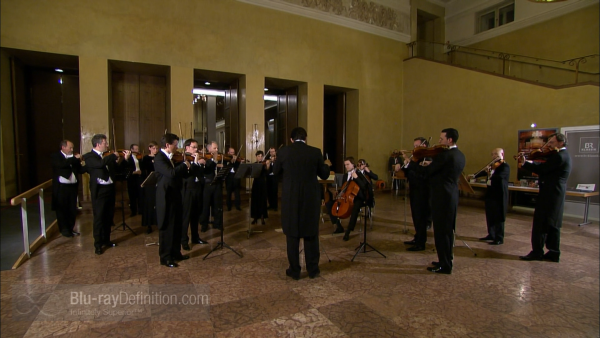 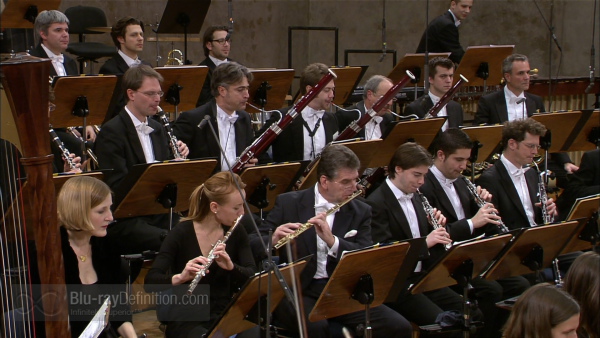 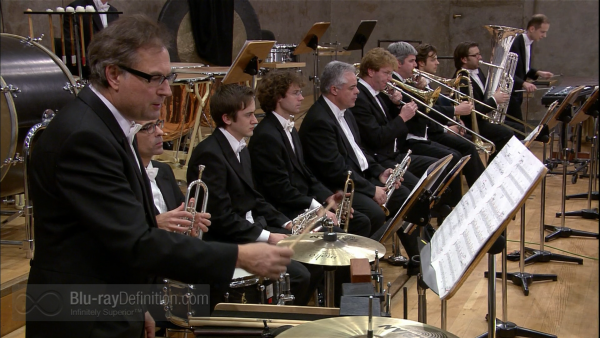 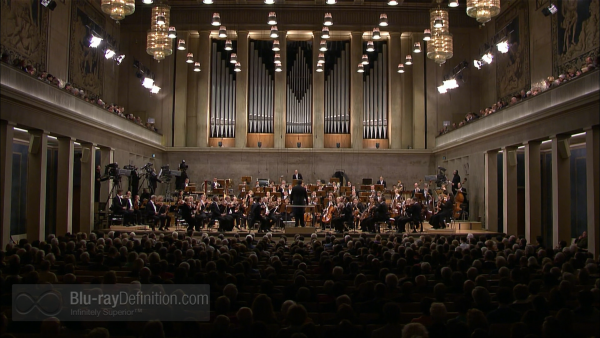