Into the Night: Season One (TV Series Review) 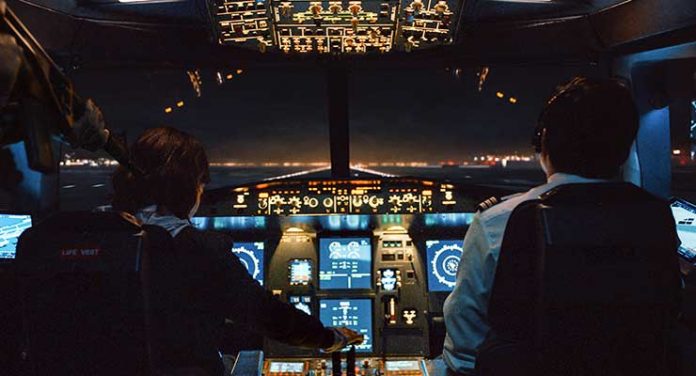 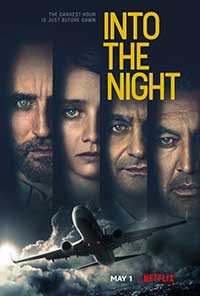 In a world struggling with a pandemic, there have already been plenty of streaming sci-fi offerings to divert the many shut-in Netflix subscribers. The basic premise of the 6-episode Belgian series Into the Night is that our sun has gone haywire and is now emitting radiation that is killing the Earth’s inhabitants as each new day dawns.

It seems that nearly everyone on the flight has a backstory. Sylvie has an urn containing her dead boyfriend’s ashes and has been contemplating suicide. Jakub took an earlier than planned flight so he could return home sooner and attempt to get his wife pregnant. Rik is en route to pick up what he thinks is an email-order Russian bride. Mathieu has cheated on his wife and knocked up the other flight attendant who got locked out of the airplane.  Ayaz had “obtained” some rare emeralds, placed them in a bag, and paid the ill passenger (who later dies) to swallow it. 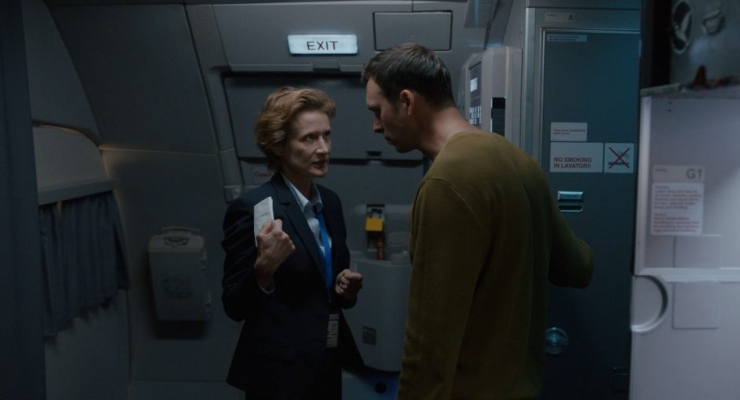 What ensues is a continually changing flight plan that bypasses Iceland for Scotland, then heads to Canada, Alaska, and eventually Hawaii. When Mathieu receives news that the Hawaiian safe haven is not ready, he reverses the plane’s course again and takes everyone back to Brussels with hopes of eventually reaching an underground bunker in Bulgaria before sunrise.

The trope of a runaway sun that will destroy the Earth’s population has been used before and to much better effect in recent international series like Hard Sun. Where Into the Night lost me was in its endless array of in-flight disasters that somehow are miraculously surmounted by a group of passengers with no jet aircraft flying experience after the co-pilot gets injured—a successful landing with YouTube guidance, anyone? There are also plot device oddities like ready on-board Internet access when it is highly unlikely that the transmitters were still functional, broadcasts from cosmonauts on the plane’s repaired radio, or the endless availability of jet fuel in untended airports.  While this could have been a fascinating race against time, Into the Night is a rather hum-drum exercise in survivorship that does leave the door open for a second season. The Old Axolotl, Jacek Dukaj’s book on which this show is based, has robots replacing people after the solar event is over. Perhaps, the ‘bots might be an improvement over the stereotypic characters that populate this series. Netflix releases so many new shows that there are bound to be hits and misses. Unfortunately, the series falls into the latter category.

Into the Night is streaming now in its entirety on Netflix