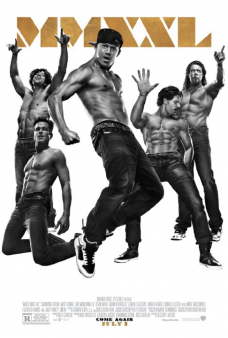 The Kings of Tampa are back! The men, strippers from the 2012 film Magic Mike, return with a sequel, Magic Mike XXL, and they are back with a bang!

Magic Mike XXL reunites Channing Tatum, Joe Manganiello, Matt Bomer and the rest of the cast from the hit film about male strippers and picks up the story three years later after Mike has left the world of stripping. He’s got his own furniture business but it’s not doing too well. So when the former Kings of Tampa look him up on the way to a stripper convention in Myrtle Beach, North Carolina, Mike (Tatum) can’t resist the pull to go back to stripping, and to reunite with his buddies. So what takes place is a male stripper road movie with scenes that allow all of the men to display their fine physical goods.

And these scenes are hot. In one, reminiscent of Jennifer Beal’s dance scene in the film Flashdance, with sparks flying all around, Mike does the same in his garage, a freestyle solo that proves he’s still got it. Once on the road, we are treated to the men’s misadventures, to be voyeurs in their exhibitionism, with a front row seat. First stop, a gay bar in Jacksonville where the drag queen emcee asks members of the audience if they want to participate in an amateur strip contest. Of course our men enter and wow the crowd. After, they find themselves at a beach party, where Mike has an encounter with Zoe (Amber Heard), who takes his picture while he is urinating.

Big Dick (Manganiello) get his big showy number when he performs, on the spot, for a shocked but very lucky female gas station attendant. You’ll never look at a bag of Cheetos the same way again. 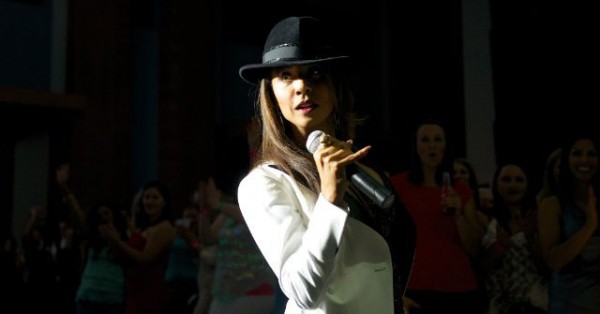 A stop at private club Domina, Mike’s pre-Tampa stomping ground, transforms the movie into a breathtaking and intensely sexual film. You see, Domina’s female customers are treated to in-your-face male strip shows, and these strip shows are like ones you’ve never ever seen before on film. It’s here that Mike re-encounters Rome (Jada Pinkett Smith) the proprietress, and a woman from his past.

It you’re out of breath at this point (trust me, you will be) there’s lots more. The men wind up at the home of Nancy (Andie MacDowell), a recently divorced sexy and flirtatious woman in her early 50’s, and the rapport between Nancy and her female friends and the men is very palpable, very real, you can cut the sexual tension between the men and the women with a knife. 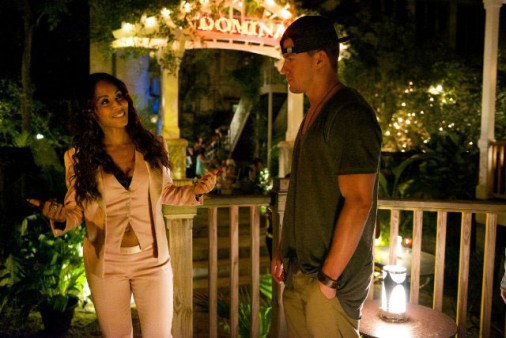 It’s at the Myrtle Beach stripper convention where the film comes to a climax. Each man gets to perform his own unique dance, for a room full of ladies, and perform they do. Tatum strips all the way down to a shiny jockstrap, while the other men do their own special routines, one which includes chocolate sauce and whipped cream, and another one involves a sling. Various ladies from the audience are lucky enough to be chosen as part of the act. And Tatum chooses Zoe to be in his act, performing on her on stage in every position imaginable.

Directed by the same man who directed the campy Liberace film Behind the Candelabra, Gregory Jacobs brings a stylized nuance to Magic Mike XXL, where the long dance scenes take a life of their own. And the male stars of this film really put themselves out there, hell, they’ve all got the bodies, so why not? And for the female actresses who were chosen to be performed on in various scenes of this film, we can assume they were not just acting, but were also extremely enjoying themselves. So will you.